More Christians need to put their faith in wealth creation 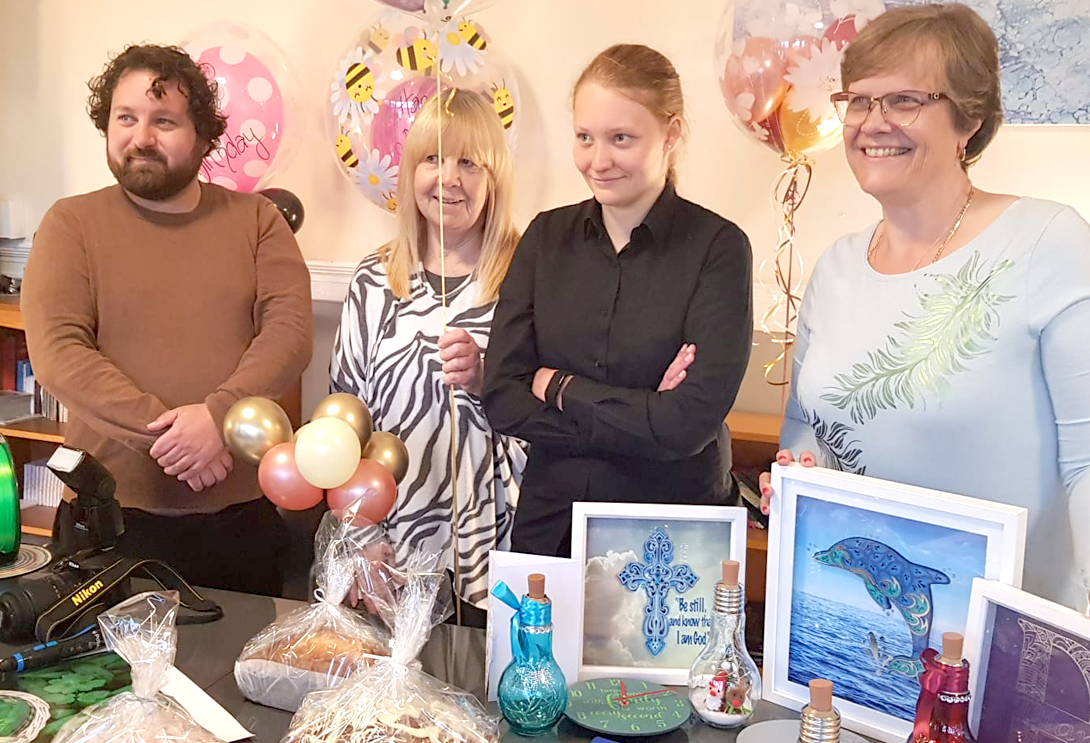 This article first appeared in The Times

Matt Bird has set up a church-based programme to back entrepreneurs, report Damien Arnold.

Some Christians may think that the words “faith” and “wealth creation” are incompatible, but Matt Bird isn't one of them. Last year the social entrepreneurs called on Britain's churches to start businesses and to encourage their parishioners to do the same. Now Bird, founder and chief executive of NAYBA™ , the Christian charity, wants them to go a step further.

“A food parcel can sustain a person and their family for a few days but a small business can sustain it definitely,” he said. “The church often over-spiritualise and underplays practical answers to community needs. I believe that the ability to start a business is a God-given gift and that we should encourage the Church to do this as a way of serving the community.”

He wrote his article in The Times in January 2021 - headlined “It's time for faith-driven entrepreneurs to emerge” - expecting to be “shot down in flames” for suggesting the Church should get involved in profit-making. Instead, he has been inundated with inquiries from churches nationwide eager to help people to become entrepreneurs. He rapidly formulated his ideas into a book and a month later published The Spirit of Enterprise: Helping entrepreneurs transform neighborhoods on Amazon.

This autumn he launched a seven-week course to help churches, their parishioners and the wider community to start businesses. Four entrepreneurs have just graduated from his pilot course at Zac’s Kingdom Community, a Methodist church in the Cheshire town of Northwich.

Last month a second round of Spirit of Enterprise course was launched at churches in Leeds, Manchester, Canterbury, Cambridge, Glasgow and Coleraine, Northern Ireland. In January, a third round of courses will mark the official launch; about 20 churches have signed up so far. Bird and Geoff Baxter, the entrepreneur who is running the course, expect big growth next year when there will be greater opportunity to promote the idea as more churches begin to meet in person again and as leadership conferences are held. Already many are saying that their parishioners have long-cherished business ideas but lack the knowhow to act.

“A lot of people have been furloughed or made redundant during the pandemic,” Baxter said. “Many have ideas for their own business. The church community gives them the relational support they need and they can collaborate on things such as marketing. People often feel intimidated about setting up businesses and are worried that they will be judged. They view the church as a safe place. Having said that, there is plenty of critiquing.”

Crucially, churches also provide physical space where budding entrepreneurs can co-work, often rent free, to get their business off the ground.

At the first session, students are asked to share their ideas with the business mentors, who ideally will come forward from within their own church community or, failing that, will be found by NAYBA™. “There are lots of successful business people who sit in church pews,” Bird said. “This is a wonderful opportunity to use their skills and give something back to their community. We want them to come forward and be mentors.”

In the second session the entrepreneurs start gaming their ideas in Dragon's Den-style critiques. The questions come thick and fast. What is the need for your product? Who is your target audience? How will you market the product? Later sessions offer technical advice on managing cash flow, basics such as understanding turnover, gross and net profit and how to build a website and utilise social media.

By the end of the final session, the would-be entrepreneurs will have written a comprehensive business plan. Micro-grants will be made available to fund equipment. Thereafter, the budding business people, mentors and church staff meet up once a month to discuss progress.

Through all the sessions, they explore how enterprise has a biblical footing based on the idea that wealth can foster well-being if it is used in the right way. And there are less ancient Christian precedents that can act as inspiration for 21st century wealth creation. In the 19th century several Quaker families launched confectionery businesses (Cadbury in Birmingham and Rowntree in York) that also aimed to lift their local communities out of poverty. They invested the profits in better housing, medical support and education for their workers who responded to improve living and working conditions by increasing their productivity.

Churches themselves are also being encouraged to start businesses that will provide employment for their community and deprived areas surrounding them. Grace Church, a “free expression” community in Nottingham, is leading the way, having started a cleaning business in the city centre that is already turning over more than £300,000.

The Spirit of Enterprise initiative has supported Cheriton Baptist church in Folkestone, Kent, which has started a business providing paddleboarding classes. It stands alongside Causeway Coast Vineyard church in Northern Ireland, which is utilising underused buildings to run a log fuel business. Bridge Church Lincoln has set up a co-working space for entrepreneurs.

Hundreds of other churches run pre-school nurseries second-hand clothing boutiques and coffee shops that generate income and jobs for people facing barriers to employment, but they need help to put their Enterprises on a sounder financial footing so that they can employ full-time staff, pay them the living wage and build profits.

The Spirit of Enterprise is also the latest boost to the employment sector which grew by 30% in 2020 and is expecting record growth this year.

Bird’s book is being translated into 7 languages and there are plans to launch the course next year in France, Spain, South Africa, the Philippines and Albania. He admits that his gambit was a leap of faith, but churches are already buying into the idea that wealth creation is a good (and holy) thing. It's what you do with it that matters.

Case Study - Helping people to find their feet in business

All four came together in September to start their journeys as entrepreneurs. The Reverend Neal Stanton, the church's pastor says “When I read Matt Bird’s article in The Times I thought it would be a fantastic opportunity to teach people about business in a church.”
Six people came forward. Four decided to do the course. Two local business people offered to be mentors. The entrepreneurs are based at Hope 52, the church’s town centre building.

Van-Thomas, who is in his 40s and has struggled to find work, has started a business creating miniature art pieces using digital media. He has designed his own brand and created an online shop. He has also won a grant to buy a 3D printer which will enable him to develop.

Stanton is proud of his protégés. “They all have great ideas but there was a poverty of ambition and we need to raise the bar. They're very different and when we started I wondered how on earth they would collaborate. But they're working together on things like marketing and attending fairs.”

Stanton is going to run the course again next year.

Matt Parfitt, a former primary school teacher and a member of Grace Church in Nottingham, runs a business from the church providing cleaning services for offices, public buildings and construction companies. He has a contract to clean Nottingham Castle and portacabins for the construction company Willmott Dixon.

Radiant Cleaners has grown to 35 employees who include long-term unemployed people, former homeless people, former addicts, ex offenders and victims of modern slavery and domestic violence. Twelve nationalities are represented including immigrants who have struggled to find work because of language barriers. All are paid the living wage.

Parfitt is planning to open a second business running events such as weddings and corporate events. A landowner in Derbyshire offered his estate as a venue. Paefitt hopes to set up 7 businesses in Nottingham.

A year of global growth for NAYBA

Our 2022 annual report has been published

8 Steps To Help Your Church Transform its Neighbourhood

Our suite of resources helps churches with proven, best-practice ways to engage and transform their communities. 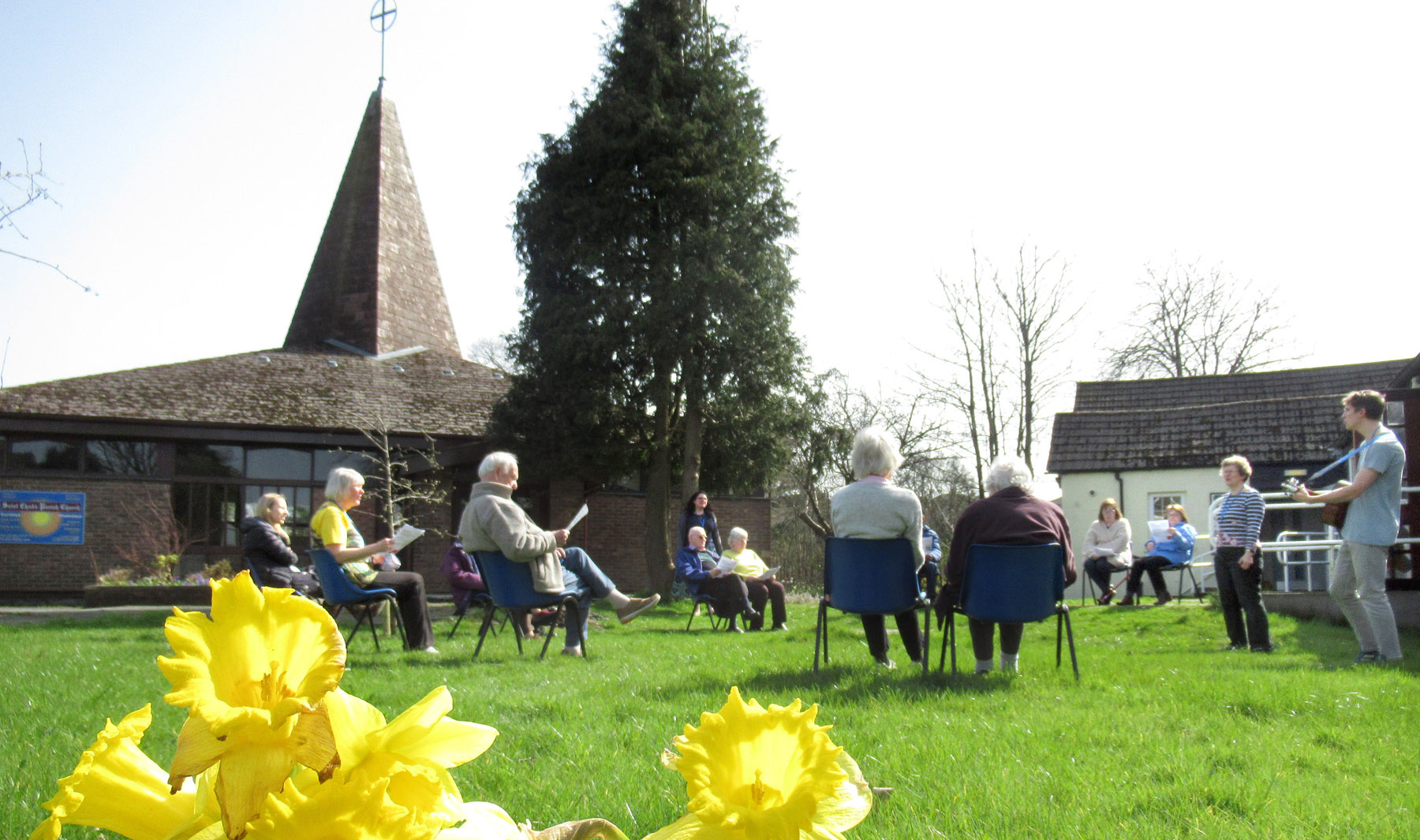 Helping provide community to those living with dementia and those caring for them. 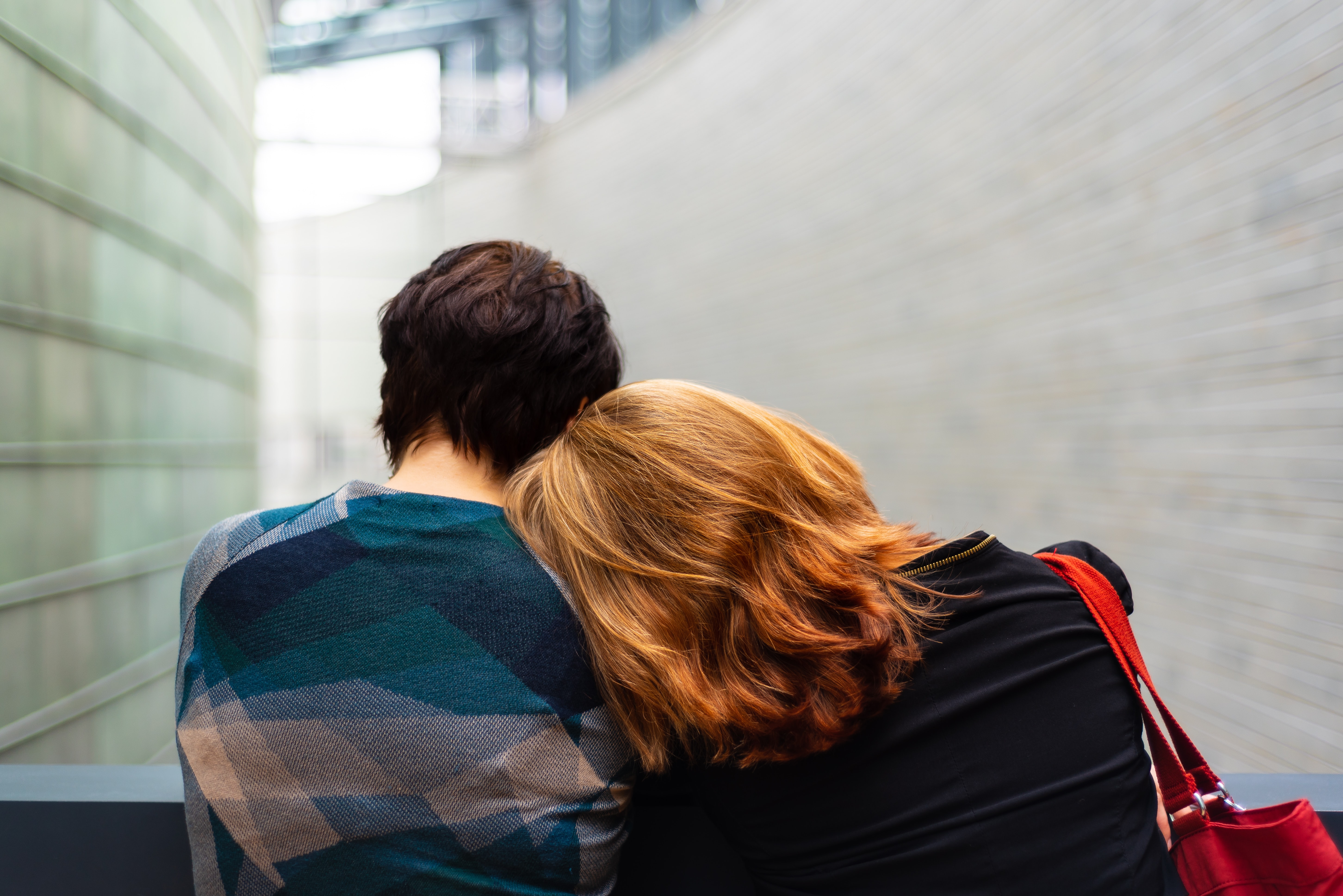 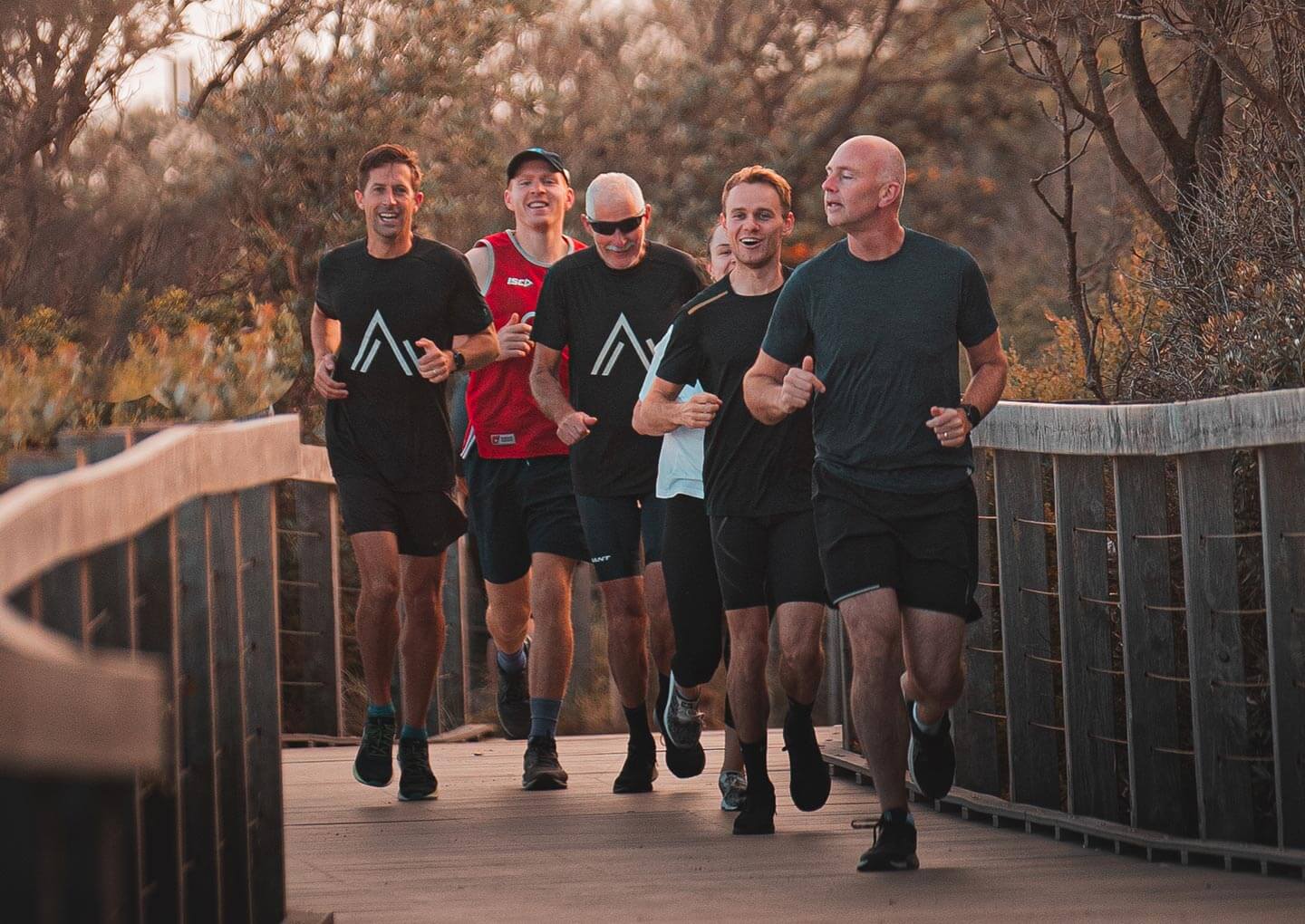 A report on the local church's impact in Frankston. 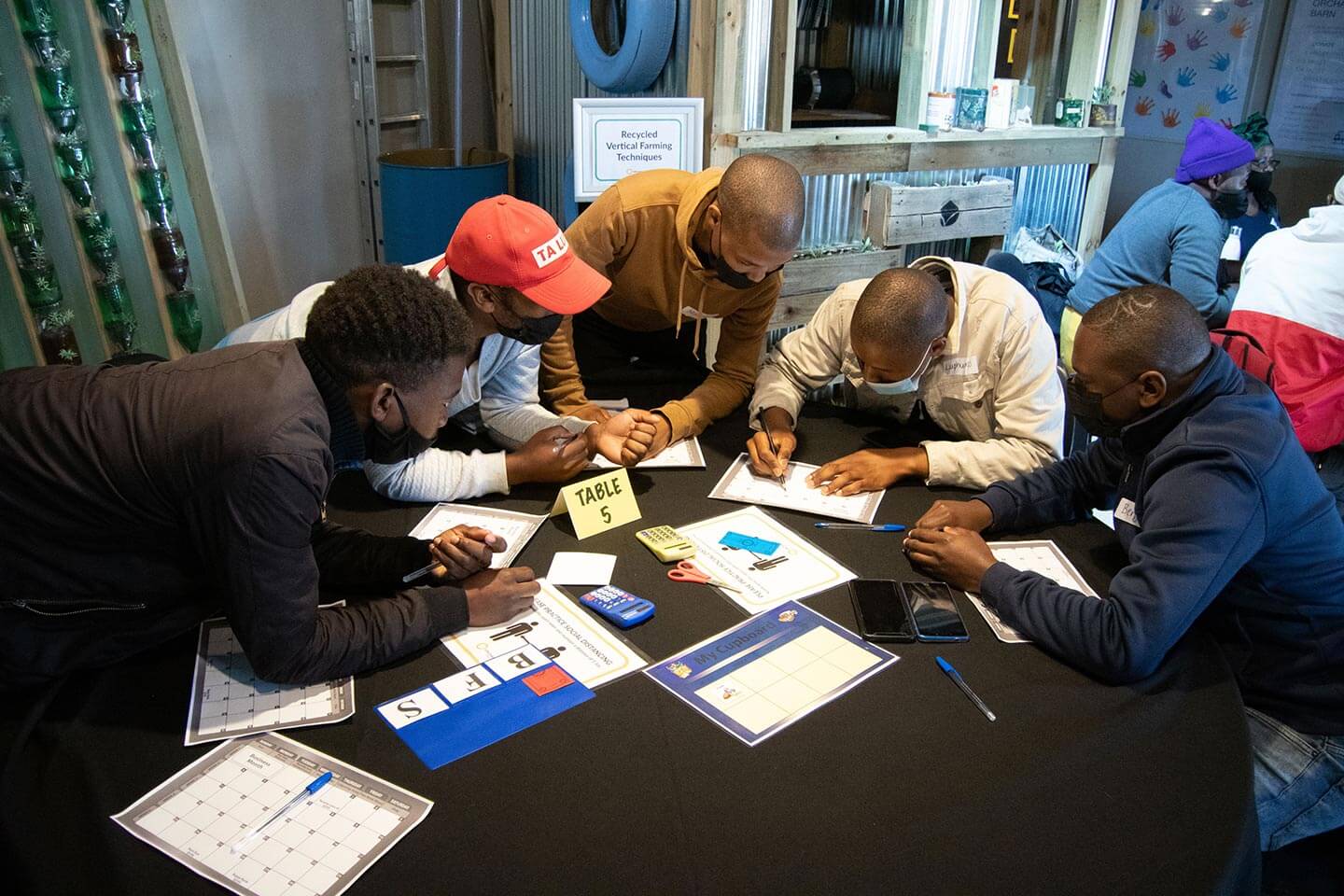 Helping the church equip entrepreneurs with training and mentoring. 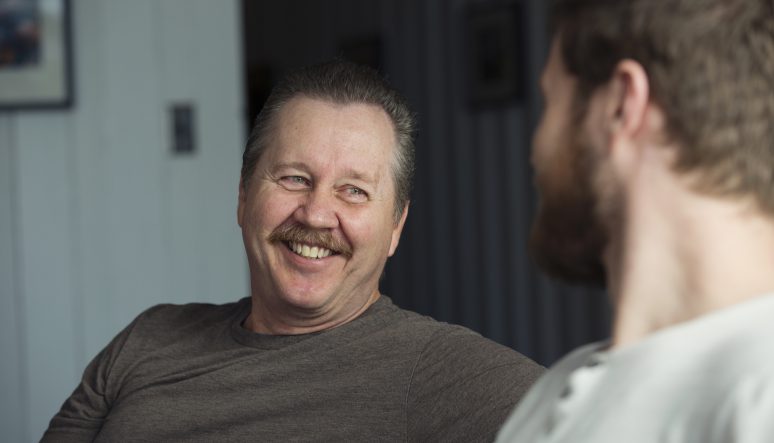 Join 100s of leaders, pastors and church teams around the world

ABoutResourcesTeamContactDonateArticles
replicate
ProjectsStoriesCourse
civic
Impact AuditsEventsBook
enterprise
HubsBookCourse
Join our mailing list for regular updates
Thank you for signing up to our mailing list.
Please ensure you have filled in all the information
AlbaniaAustraliaChannel IslandsDenmarkEU HubNew ZealandNetherlandsSouth AfricaUnited KingdomUnited States